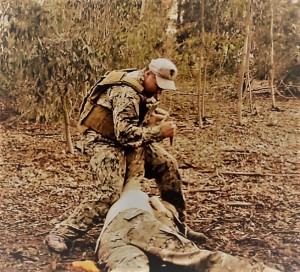 What do you do when all you have left is to fight your way out?  You reach for the CQB tool from Spartan Blades!  Check out this review and Share!!

Standing there, surrounded by what we call, “bad guys” and the closes person to me was pointing a gun right at my face.  The other three guys are at different distances from me in the circle I appeared to be in. 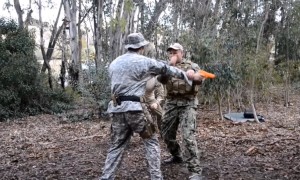 I decided that this is where I make my stand.  I pulled the CQB Tool I got from Spartan Knives out from under my BDU top and gripped it tight with my right hand.  I immediately grabbed the guys wrist that was holding the gun and with a upper cutting 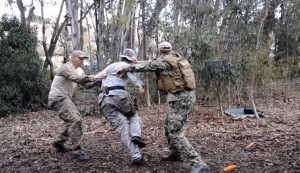 motion, I cut the guys forearm which made him release the weapon and was out of the fight.  I then throw him into the guy standing next to him.

I then saw out of the corner of my eye, the guy standing behind me started to rush me with a knife in his hand. 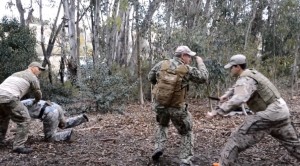 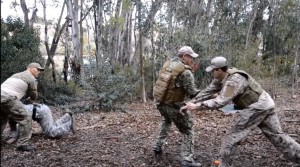 He was attempting to stab me in the back.  I spin around, using the CQB tool as a downward parry, cutting his forearm. 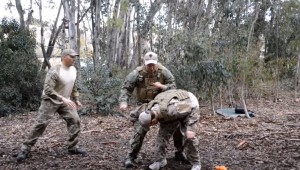 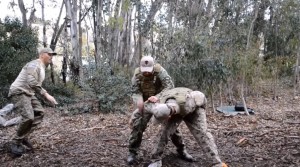 Then continuing the forward circle with the CQB tool, I then struck the inside of the forearm scrapping the muscle and skin off the forearm.   Once I finished the cut, I followed up with a re-direction slice straight to the neck in a upward motion cutting the side of the neck. 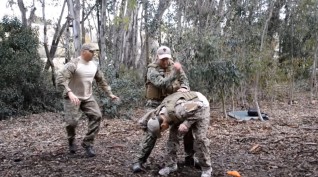 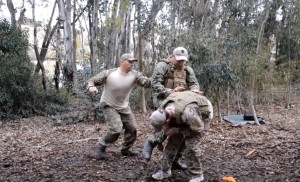 I then followed it up with a knee to the side of the ribs to clear him away.  Right then the third guy grabs me in a bear hug, trying to throw me down.  I grab his arm for balance (and the CQB tool never fell out of my hand, due to the ring  on the end of the knife kept the knife around my index finger) and took the CQB tool and stabbed him in the thigh multiple times causing him to lose his grab and balance and I took advantage of it. 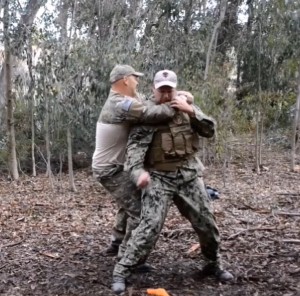 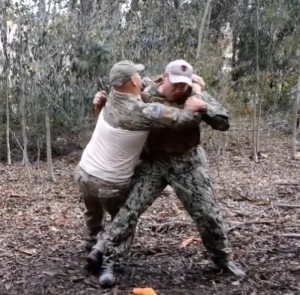 Then with the no weight on his thigh and leg, I throw him off balance and onto the ground, holding onto his arm for control.  Then taking the CQB tool and stabbing it into his rib cage.  I then crossed out to make sure all was done.  Thanks Spartan Blades for this awesome CQB tool. 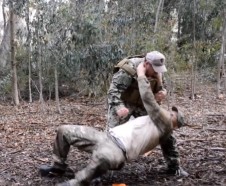 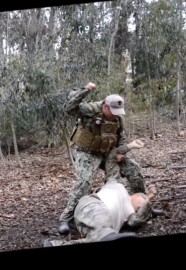 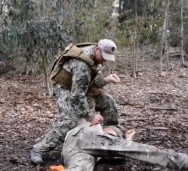 What a knife!  Spartan knives really know how to make a knife. 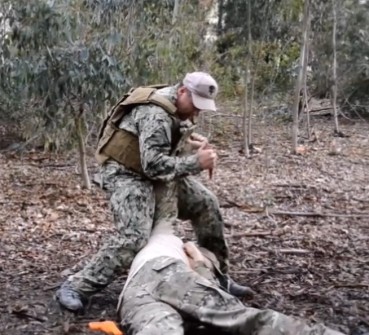 This CQB tool has a ring around the top which allows you more control in holding, controlling, and making it sign when you need it.  Watch the video below and then see what Spartan has to say about it: 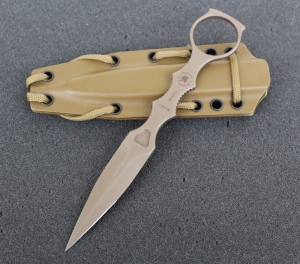 The Spartan CQB tool is aptly named and specially designed for Close Quarters Battle. The CQB tool is a ring dagger with a kydex sheath. The sheath compliments the ring on the end the knife for quick removal. The sheath is designed to lash into MOLLE /PALS behind magazine or other front pouches on a vest or be carried on belt or inside the waist band.

The design concept of the CQB tool originates with Greg Thompson, an instructor of close quarters fighting techniques (Hand To Hand) for the US Special Forces. Mr. Thompson is owner / founder of the H2H/Team ROC of the Fort Bragg based training group and developer of the Special Operations Combatives Program (SOCP). Mr. Thompson developed the new combatives program for US Army Special Operations Forces and this CQB tool is part of program gear.

The CQB Tool or “transition tool” is used to compliment this program by providing a slim easily stowed knife with rapid acquisition for, “get the heck off me”, grappling situations encountered in a CQB fight. The ring and slim profile design allows for the operator to quickly pull and utilize the dagger; breaking an attackers grasp and allowing the soldier to transition back to his primary weapon system without re-sheathing until safe to do so.” 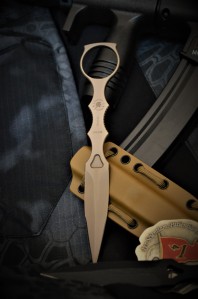 What else can I really say!  Go to Spartan Knives website now and order some for your car, body, friend, wife and etc.  You can not have enough of these.  Until next time…………