WOW! What a knife!!   It holds up to the standards after being tested by the best.  One of the most deadliest

things on a battlefield is the Sniper.  But what also strikes fear is the hand to hand combat with blades.  The fear

of being cut open or stabbed in trench warfare strikes fear into anyone.  Anyone who sits down and starts talking about knife fighting would definitely draw a crowd.  Then, the first question is always about, “what knife did you/they use?”  This time it’s all about Spartan Blades Ronin Shinto.

Being a tactical knife fighting instructor for the Military and Law Enforcement, I am always looking for the next best thing or a good knife to fight with.  When Spartan sent me this knife I was skeptical about the blade itself.  At first I was thinking, “is this knife to big to move around to fight with?”  “Blade to big?” etc..  I am very particular when it comes to my knives.  Yes, If I had to pick up any knife and fight with it, I could.  But why would I have to worry about that?  When I could carry what I want and do some major damage..

So I grabbed the knife and put it

into my hand and the grip felt pretty good.  I then walked over to where I had some stack of wood and was swinging as hard as I can, striking the blade against the wood to see how it held up in my hand.  Not bad so far with the knife.  Then, it’s time to test it in the field!

The stalking range which is to the left of the rifle range.  Stalking for hours, crawling across this hot ground removing obstacles in my way with this Ronin Shinto.  Digging holes, cutting branches, 550 cord and everything I can find to do with this knife.  BAM!  still cutting away every time I used it.  After a full day of stalking across weeds, water and etc. all I needed to do was to wipe the filthily away and the knife looked new again.  Blade/handle tested: Passed.

Next was the classroom test.  Grabbing my Ronin Shinto out of the bag and

standing in front of the class, I started whipping it around using it in demo’s and cutting whatever I could find in class.  At the end of class we do what every good Military unit does, and that is to BBQ.  What else could I do with the Ronin Shinto but to cut my meat with it.  HAHA, this knife has done it all!  Here’s my thoughts:

Sheath: You have a choice for this knife.  You can either have the black kydex sheath with multiple eyelets for multiple carry options. of the nylon case with straps for molly carry.

The Blade: The recurve CPM-S35VN spear point blade has a mid-height saber grind with a tapered top which makes for a very strong tip as well as the performance and durability.   Good for piercing anything you need!  The black tungsten coating diamond like carbon PVD allows a non-reflective and resistant to corrosion.  Which means if you are in and out of the water like I am for the Navy, then you will need it!!  Plus you can not believe how balanced it is in your hand.

Handle: The blade is a full tang which extends through two contoured and machine-textured handle scales made from black canvas micarta. The handle is very comfortable to hold your grip.  I can tell you the lanyard they give you is to put your hand throught it so it will not fall out during, “military use.”  LOL…..

In the times of feudal Japan, a Ronin was a masterless, wandering samurai. A man who possessed the qualities of being a highly trained warrior, often held only to his personal code, as he was cast away from the Bushido Code by becoming beholden to none. Shinto, is an ancient religion of Japan, honoring a way of life that connects the old ways and the new. As far as combining the old and the new, Spartan Blades brings you true warrior’s knife. A perfect combination of balance, force, strength, and functionality, the Ronin Shinto tactical knife is sure to be on your must-have list.

Spartan-Rōnin Shintō – Shinto meaning, “The practice of establishing a connection between the ways of the old and the ways of the new.” This knife is a great balance of old and new design and form making for a highly functional combat knife. Tu Lam is a retired Special Forces soldier, “Green Beret” and teammate of the Spartan Blades founders during their time in Okinawa where they worked as snipers; Tu Lam was part of an assault troop in the same company. Tu Lam has quickly become the “Go to” authority to military and law enforcement training and is the power house behind RONIN Tactics, Inc., an organization that trains many of the top tier military and law enforcement units in the world in H2H and knife techniques. Tu is also the Co-Host of The History Channels “Forged in Fire, Knife or Death” television series.

On Spartan’s website the Rōnin Shintō has over 41 reviews and it has all 5 stars.  Why not put your review on the site and see for yourself how well the Rōnin Shintō is.  This is a must have in your collection.  Until next time. 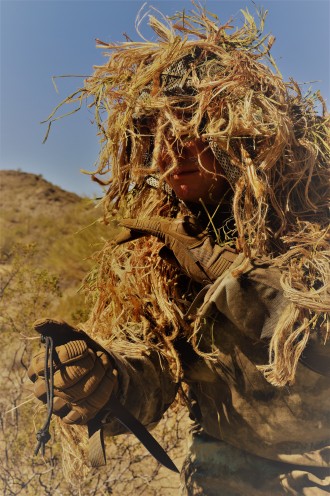